Most investment strategies have good years and bad years. Sometimes a couple of bad years come along for a type of strategy, and everyone predicts the death of that strategy. As it turns out, the best time to enter into a strategy tends to be just when it’s having a bad run. This was shown very clearly in Jack Schwager’s research in Market Sense and Nonsense. This is not only true for trend following but for most other strategies as well.

In the trend following space, we saw difficult 2011 and 2012. Much of the reasons for these tough years have been covered in previous articles. Core reasons where single theme markets driven by overwhelming short term events, along with the near zero yield situation. Those two factors proved difficult not only for trend followers but for most systematic traders. They changed the rules.

Now however, we’re seeing a recovery. 2013 was a good year for most trend followers. Interestingly, there is quite a span between the good and the bad trend funds this year. The difference is likely a result primarily of asset allocation. The bond situation has been very tricky this year and those who had large allocations to that sector likely suffered from it. On the other hand, those who had large equity allocations should have done very well. 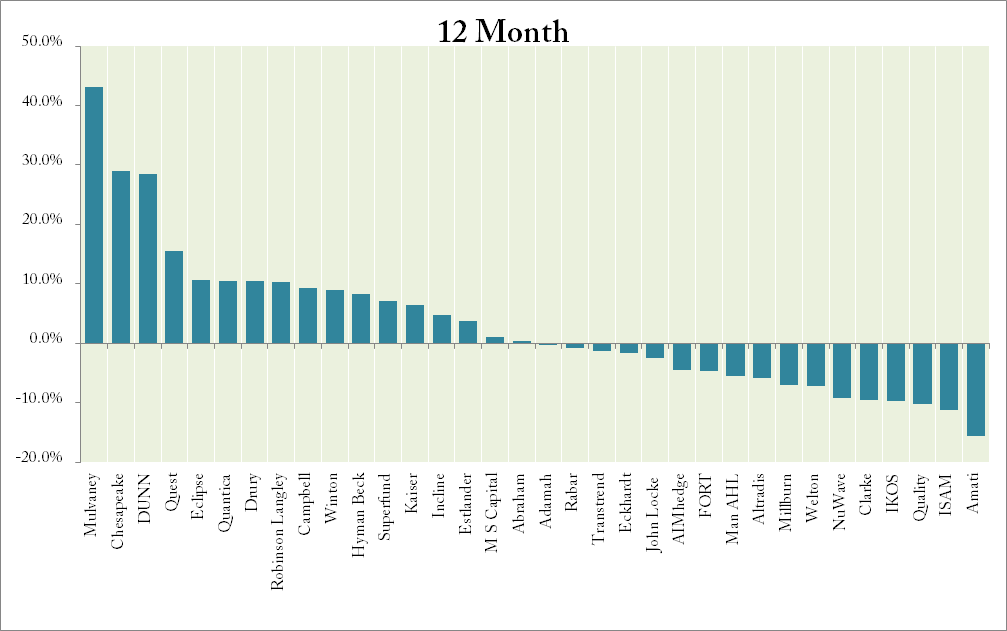 The most long term oriented funds did by far the best. Given longer time periods, these very long term trend followers tend to show better results. Of course, they are also prone to showing more severe drawdowns in bad periods. Mulvaney is one of the most long term trend followers there is. They had a loss of over 45% recently, but now they did over 40% in a year. They have yet to reach their high water mark set back in April 2011, but they’re well on the way. 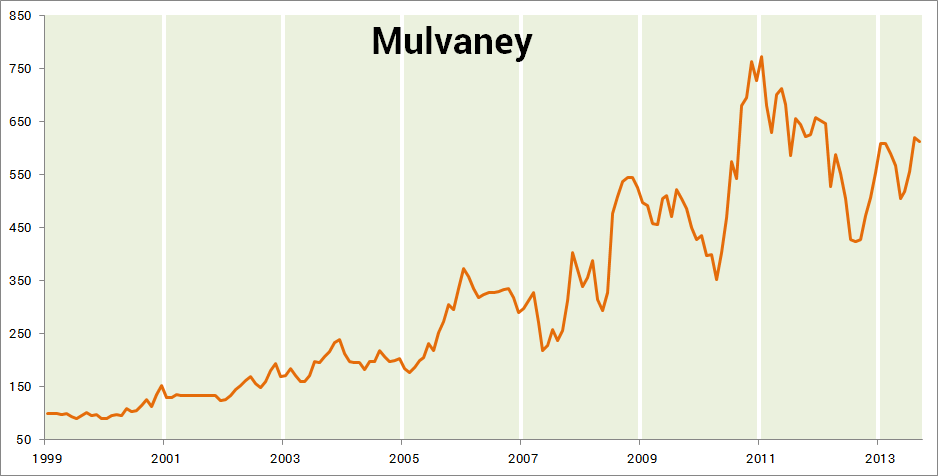 Chesapeake, run by original Turtle Jerry Parker, also had a tremendous run this year.  After a drawdown of 37%, they regained 25% this year. That still leaves some distance to the HWM, but I’m sure Jerry will get there soon enough. Having such a long term perspective means very wide stop distances. That looks extremely scary in bad periods, but tends to pay off in on the rebound. 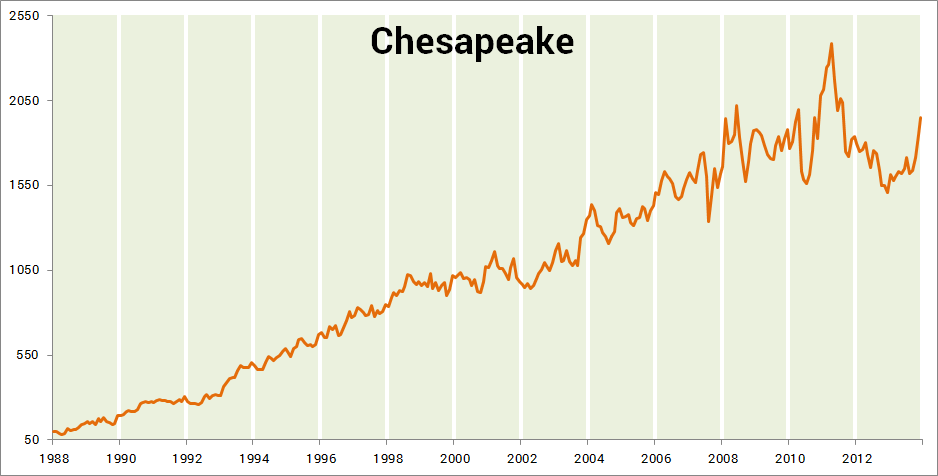 Another fund really worth mentioning here is Quest. This fund is managed by Nigol Koulajian, and if you’ve seen that name before it’s probably because he’s published some excellent trend following research papers. This fund has been very good for a long time, but in the recent couple of years it really separated from the pack. Not only did they avoid any real losses in the past couple of years, they are now already making new HWM. That is both unique and highly impressive. Nice work there, Nigol! 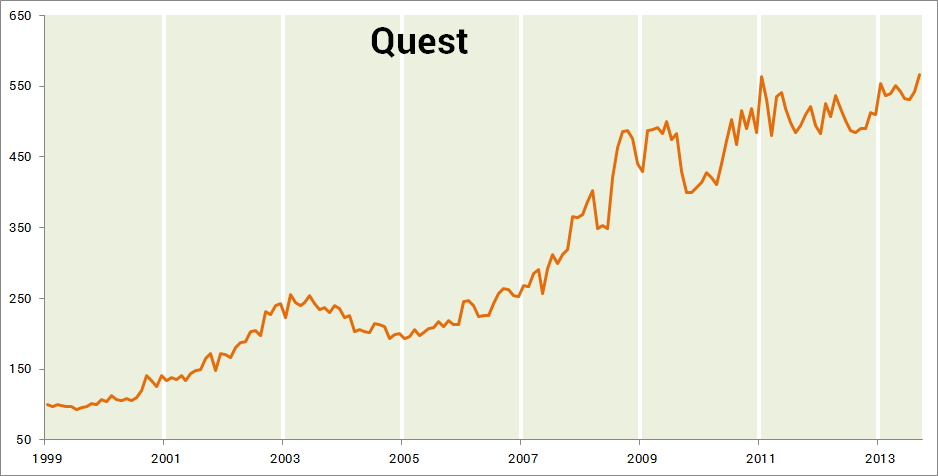 Previous: Apologies for site error. Fixed now.
Next: ETFs are not what you think they are